Home » Blog » The Value of Criticism

The concept of value is kind of a funny concept when you really think about it. There are so many people on this earth, and we all have a different system when it comes to determining what is important to us. In general, the three things that most of us value the most include our lives, our families and our jobs. Now that is a very broad sense of it, of course, granted, within each of those aspects everyone will, again, have a very different value system.

And what is that system based on? What gives value to something? For most people, value is derived from 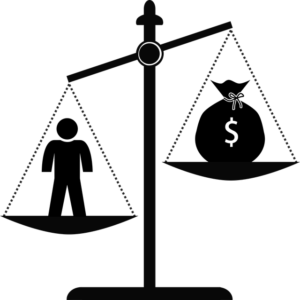 our upbringing, our experiences and our education. It is a concept that differentiates us from others and without a doubt causes many debates, but who says those debates and differences have to be a bad thing?

In fact, more often than not, if we meet someone who has the same values as we do, there are still plenty of subjects to get into a debate about. And this is because we all have different experiences and we all bring a different point of view to a relationship.

All too often we seem to equate the word value with respect. In some way, this seems to justify ignoring the opinions of someone we don’t know or perhaps for personal reasons, don’t really care what their opinion is. Just because it can be hard to respect someone you don’t know, does that mean that we should automatically find no value, or worth in their opinion? And that is what criticism really is, right? It’s an opinion.

What if we could find value in every opinion, of every criticism we ever received?  Imagine how enriched our lives would be, if we could put value to everyone’s opinion, no matter who it is coming from.